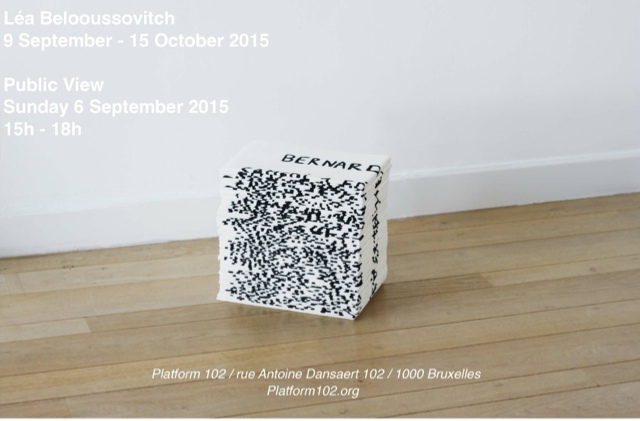 Platform 102 invites you to the Public View for artist Léa Belooussovitch which opens our 2015/16 season.
Belooussovitch is the recipient of The Moonens Prize (2014) and a co-founder of the artists-collective Friche. She has garnered a strong reputation among the Brussels art scene for her discipline in researching difficult subject matter from specific sources for her artwork.
Belooussovitch will install a series of photographs and drawings at Platform 102 from two conceptual starting points: First - from an interest in the way media and geography shape our thinking and behaviour towards tragic events; and Second - by a reframing of our desensitization towards such events through subtle aesthetic approaches which initiate dialogue about our acceptance of world predicaments from news sources. The works demonstrate the urgent need to think beyond the 'elsewhere' of media by memorializing current international situations.
Léa Belooussovitch: Public View is on Sunday 6 September 2015 from 15h to 18h and runs until 15th October 2015 by appointment.
Further information can be found on our website at www.platform102.org
image:  "Nécrologe (Belgique)"
China ink on floorcloth
dimensions variables
2014-2015
© Léa Belooussovitch
Posted by PLATFORM 102 at 08:31 No comments: 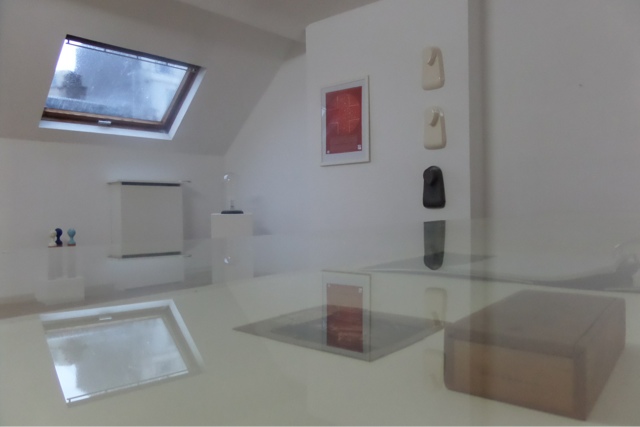 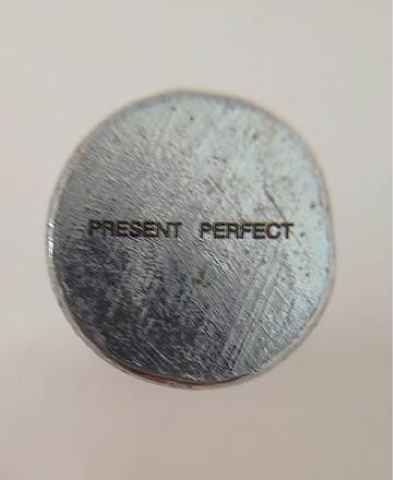 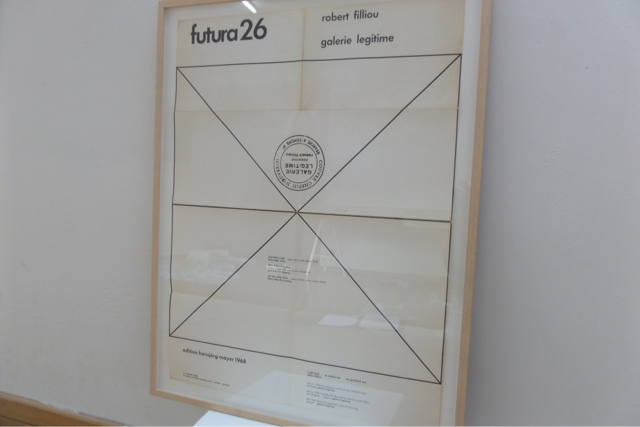 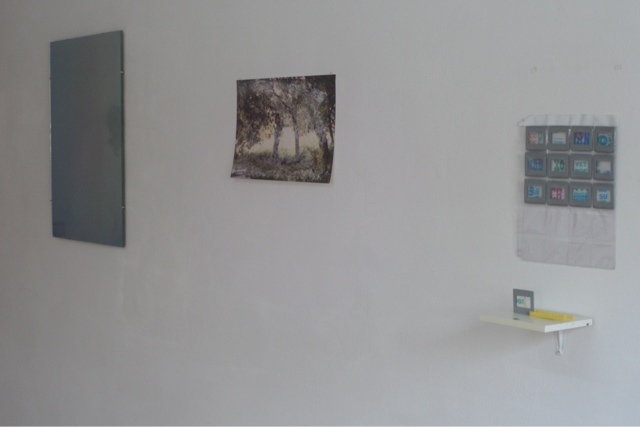 Special thanks to The Paternoster Collection (Brussels), Collection DFVL (Brussels), The Moonens Foundation, the artists involved, and all who attended for making it a wonderful afternoon. 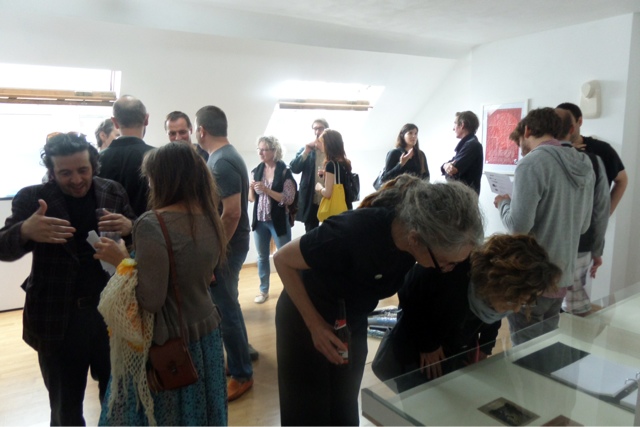 PLATFORM 102
JEAN ULRICK-DESERT: BELGIAN SOLILOQUY
Public View
28 March 2015
Private viewing by appointment 30 March - 17 May 2015
Jean Ulrick-Désert  is internationally renown for creating groundbreaking artworks related to specific histories, locations and topics within humanity. He works from a multimedia approach using materials such as public billboards, actions, paintings, site-specific works, video and objects that emerge from a tradition of conceptual-work engaged with social/cultural practices.  Well known for his “Negerhosen2000”, his provocative “Burqa Project” and his poetic "Goddess Projects", Désert says his practice can be characterized as visualizing “conspicuous invisibility”. image: Negerhousen2000, 2001
Digitally printed photography on mylar in light-boxes. Site specific installation, Prater-Insel Munich (later modified for Kunstverein-Wolfsburg, DE, Brooklyn Museum USA, Halle de la Villette Paris FR, Savvy Contemporary Berlin-Neukolln, DE
© Jean-Ulrick Desert
Désert has continued throughout his career to explore the potential history plays in contemporary society. For Platform 102, he has created an unique series of "constellation portraits" and text-based work conceived to provide background and context as a reflection on Belgian colonial history.
The presentation chronicles pivotal moments of destiny by combining visual and literary  sources that debate pre/post-colonial identities through celestial references. This creates, in the artist's own words, "dialogue between the analogue and the digital. Science and belief. Concrete and ephemeral. Precise and intuitive."
Deserts installation which the artists has titled  "Belgian Soliloquy " represents the subtler aspects of art making which are becoming harder to find in contemporary art, work that is governed by a commitment to  ideas, rebellion, aesthetics, and an introspective nature that raises questions and seeks answers.
This exclusive Belgian presentation expands on historical moments through three distinct works that use science, mysticism and poetic intervention to explore historical facts. The works function as a register for cultural implications from a perspective of universal phenomenon. They create new meanings by incorporating traditions, precise timeframes and testimonies that are unified by a common theme that resonates within the space. 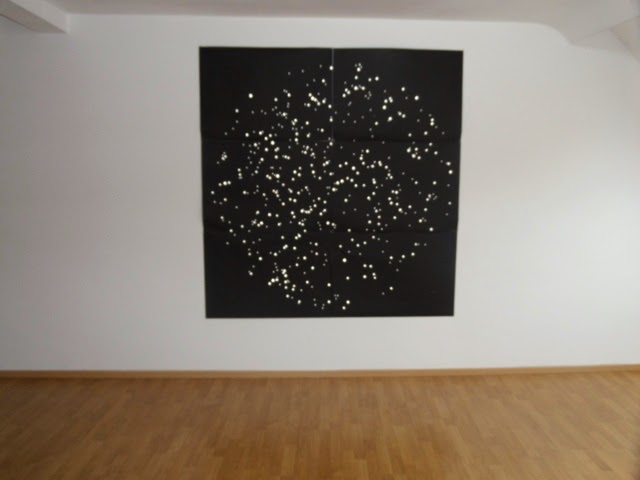 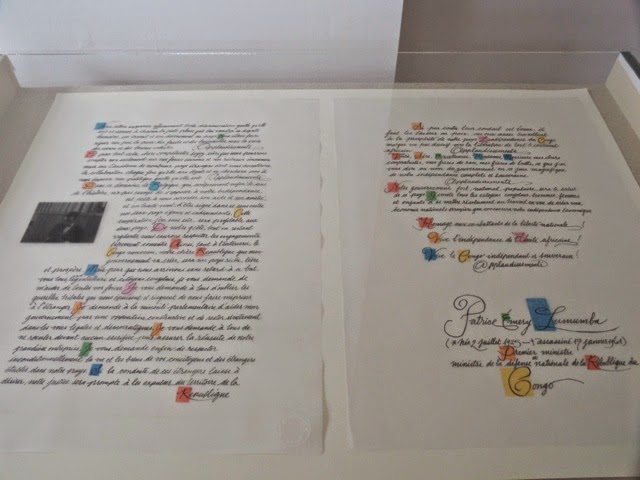 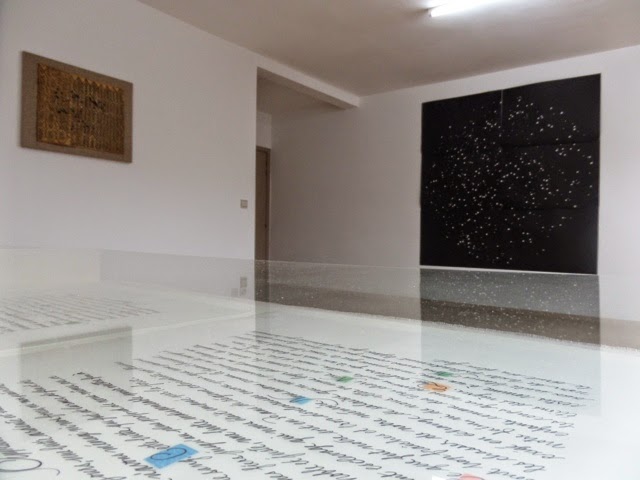 installation view
© Platform 102
Desert is not explicitly commenting on Belgium's colonial past, but uses comparisons in  order to better understand a timeline of events through their transformations. By drawing from historical sources and by deconstructing scenarios around concepts of political power and freedom Desert's installation creates a way of engaging with traumatic historical material to better understand the complexities which help developed contemporary Belgium.
orc
Belgian Congo Colonization Timeline (from BBC):
1870s - Belgian King Leopold II sets up a private venture to colonise Kongo.
1874-77 - British explorer Henry Stanley navigates Congo river to the Atlantic Ocean.
Belgian colonisation
1879-87 - Leopold commissions Stanley to establish the king's authority in the Congo basin.
1884 -  Stanley convinces the United States Congress to recognize Leopold's control over the Congo.
1884-85 - European powers at the Conference of Berlin recognise Leopold's claim to the Congo basin.
1885 - Leopold announces the establishment of the Congo Free State, headed by himself.
1891-92 - Belgians forces conquer Katanga.
1908 - Belgian state annexes Congo amid protests over killings and atrocities carried out on a mass scale by Leopold's agents. Millions of Congolese are said to have been killed or worked to death during Leopold's control of the territory.
1959 - Belgium begins to lose control over events in the Congo following serious nationalist riots in Leopoldville (now Kinshasa).
1960 June - Congo becomes independent with Patrice Lumumba as prime minister and Joseph Kasavubu as president.
1960 July - Congolese army mutinies; Moise Tshombe declares Katanga independent; Belgian troops sent in ostensibly to protect Belgian citizens and mining interests; UN Security Council votes to send in troops to help establish order, but the troops are not allowed to intervene in internal affairs.
1960 September - Kasavubu dismisses Lumumba as prime minister.
1960 December - Lumumba arrested.
1961 February - Lumumba murdered, reportedly with US and Belgian complicity.
back>> platform102.org/previous.html
Posted by PLATFORM 102 at 08:46 No comments: